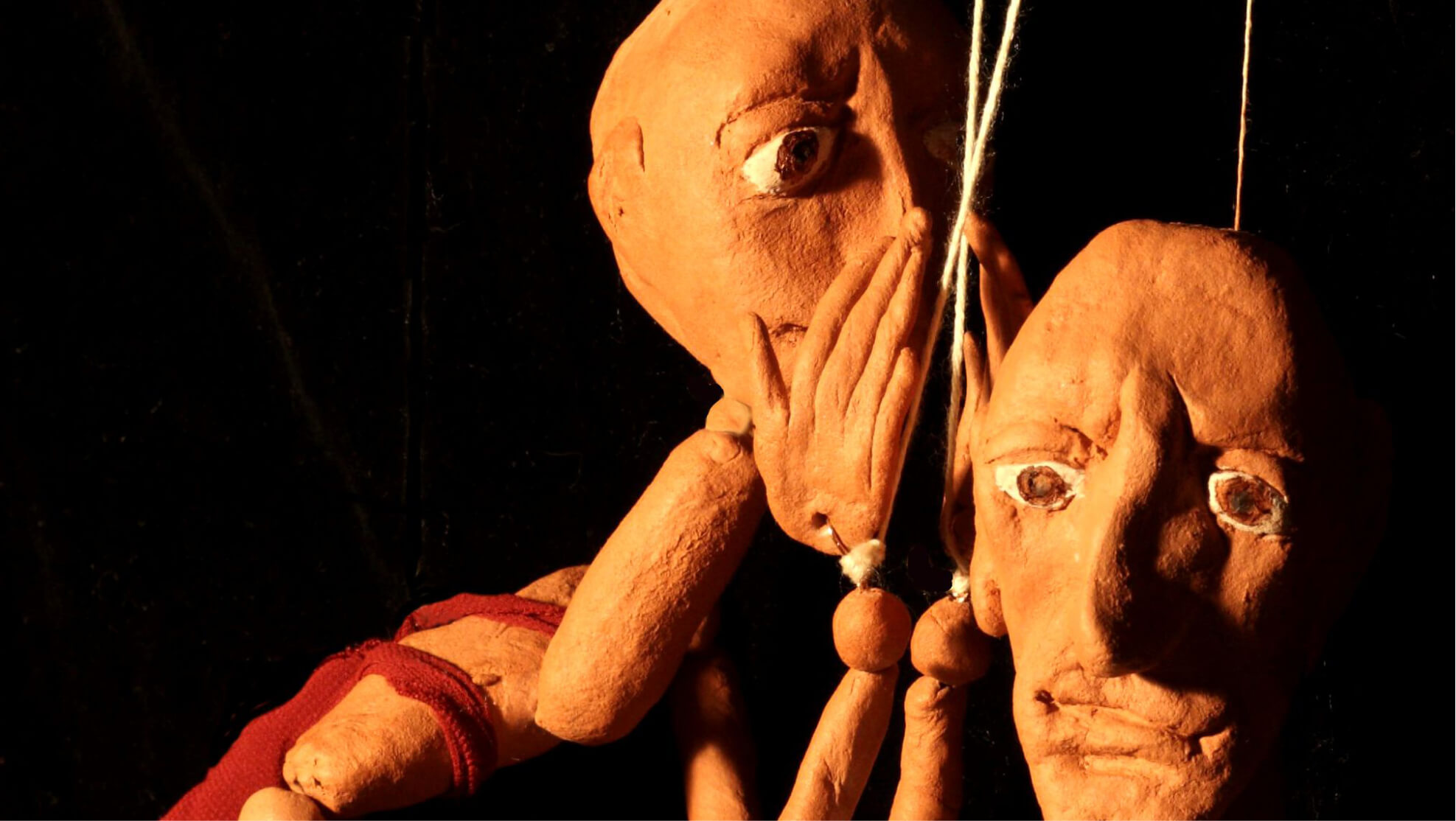 The leitmotif of this edition, especially among the Polish groups, was the tendency to play down the role of the puppet or even to leave it out altogether. All in all, the shows were of good quality, mostly based on top-notch literature. Their visual attractiveness was built around elaborate stage design, sometimes touched up with multimedia, and actors dressed in distinct, meaningful costumes. On the other hand, the magic of the puppet was also accentuated, with its unawareness and suppressed emotions, which can only be adequately expressed through an artistic theatrical vision.

The winner of the Grand Prix was a puppet stand-up show: The Table by Blind Summit Theatre from Great Britain. In the show, three actors charismatically animated the figure of Moses talking to the audience, God, and the puppeteers themselves. They were totally devoted to the puppet, asking them about its own condition in both a serious and a jocular manner. The best performance for children was Budulínek by Naivní Divadlo Liberec (Czechia).

During the four days of the festival, the audience saw 18 shows from 12 countries.

The performances were accompanied by exhibitions: Magic of Puppets (exhibition presenting the visual aspects of the puppet theatre in Bielsko), exhibition of works by the students of Stage Design at the Academy of Art and Design in Wrocław, and exhibition of theatre poster art. A seminar was held as well, titled Puppets in amateur theatre.