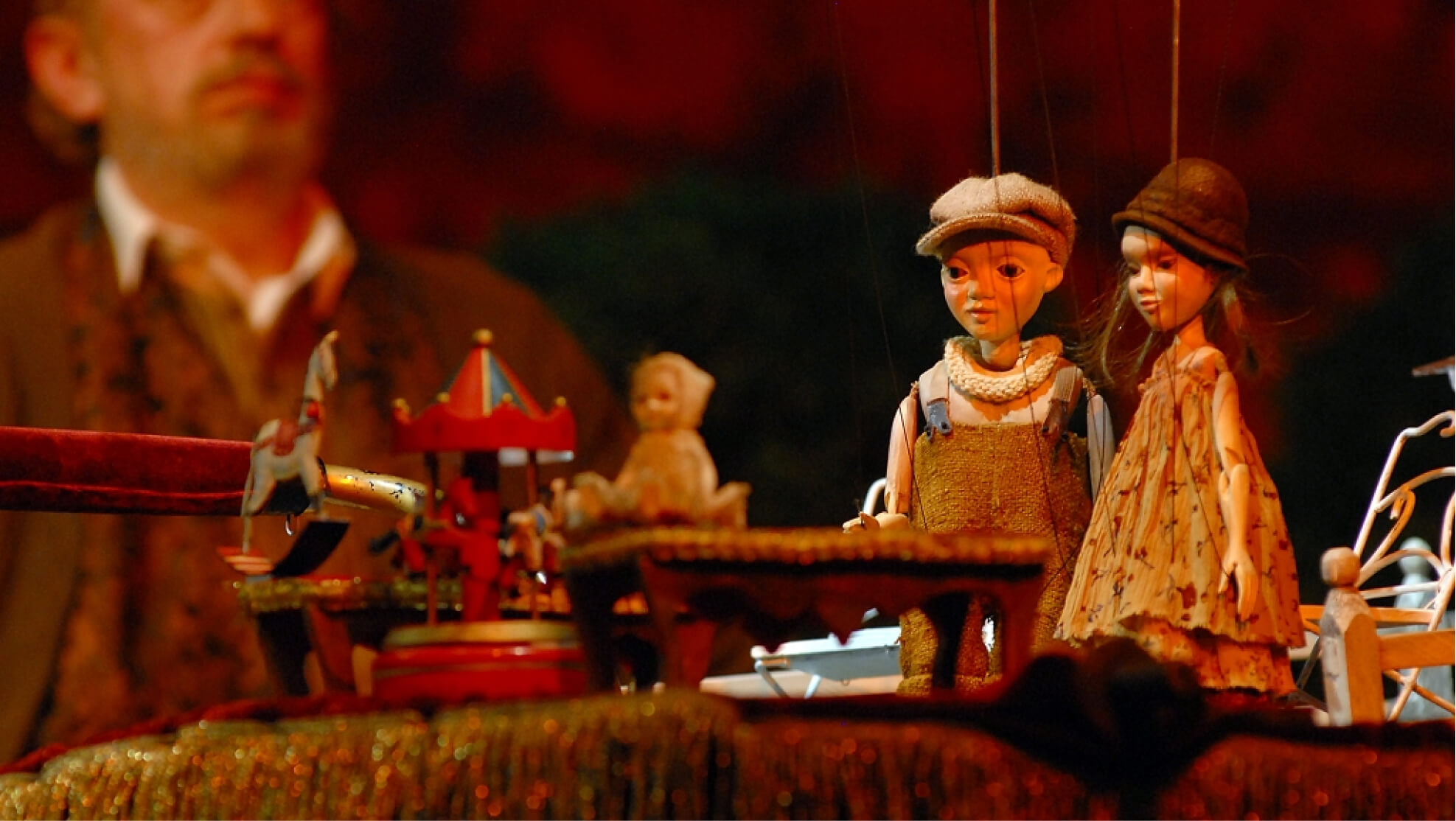 The 25th international edition of the festival was designed as a confrontation of old puppet masters with modernity. The motif of the analysis of acting as a phenomenon was represented, among others, in the innovative performance by Klaus Obermaier (Austria), which combined electronic projections with the actor’s body. One of the acclaimed and awarded groups was the legend of the 1960s avant-garde theatre: Peter Schumann’s The Bread and Puppet Theater. He presented his famous Insurrection Mass with Funeral March for a Rotten Idea in cooperation with the students of art universities in Wrocław. As a contrast to the counterculture poetics, the audience could watch the Grand Prix winning traditional performance titled The Earth and the Universe by the Yase Tamam group from Iran, based on a poem by the Persian poet Rumi. Three actresses with faces covered in white paint enthralled the audience by creating incredible landscapes using sheets of fabric and animating small puppets in the foreground. Goldilocks by the Divadlo Drak group from the Czech Republic was awarded as the best performance for children.

During the six days of the festival, the audience watched 32 shows from 20 countries.

The programme was accompanied by exhibitions: I see my theatre… (exhibition of Aleksander Łabiniec’s stage sets and puppets), The Banialuka Theatre through the eyes of children (exhibition of illustrations), and exhibition of theatre photography. The local theatre community was actively involved in the festival, e.g. by organising a seminar titled Theatre of the Imagination: Between Art and Education and other paratheatre activities.